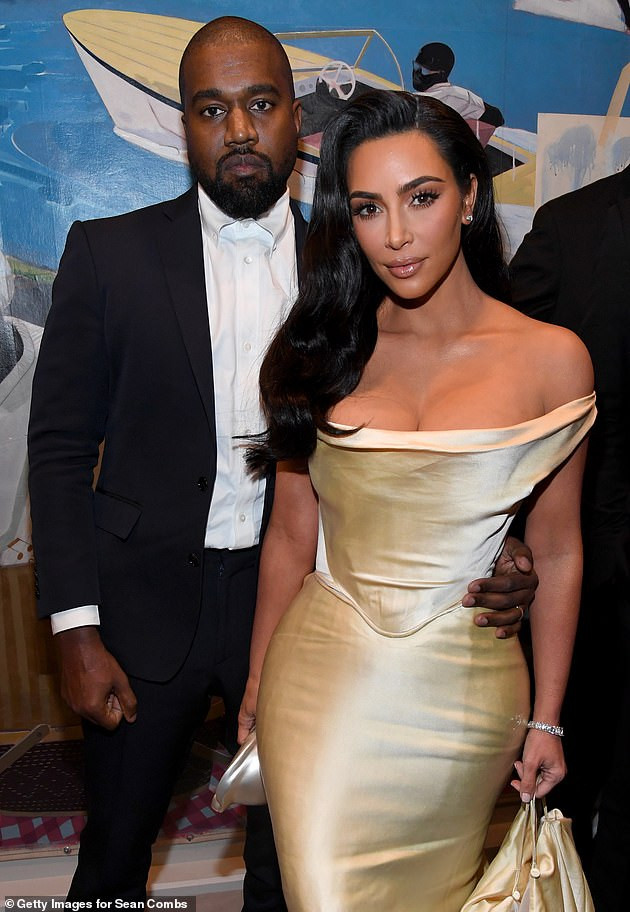 TV reality star, Kim Kardashian,  40, who filed for a divorce from her estranged husband, Kanye West, last month, begged the rapper to meet up with her after he made disparaging tweets towards her mum, Kris Jenner in 2020.

In the eagerly-anticipated 20th and final season of the Keeping Up with the Kardashians show, Kim was seen speaking to the camera about the split on Thursday’s episode.

She revealed Kanye, 43, had been residing at their Wyoming ranch while she remained at home and she wouldn’t mind meeting up with him.

The scenes came amid Kanye’s infamous social media meltdown last year, in which he posted a series of hurtful tweets about his wife and her mother Kris Jenner.

Kim said on the episode that she found the scenario ‘frustrating’ and urged him to meet with her to discuss his woes.

She said: ‘Kanye’s been in Wyoming and he’s been posting a lot of things on social media. That is a little bit frustrating, but you just have to kind of separate yourself from what’s…