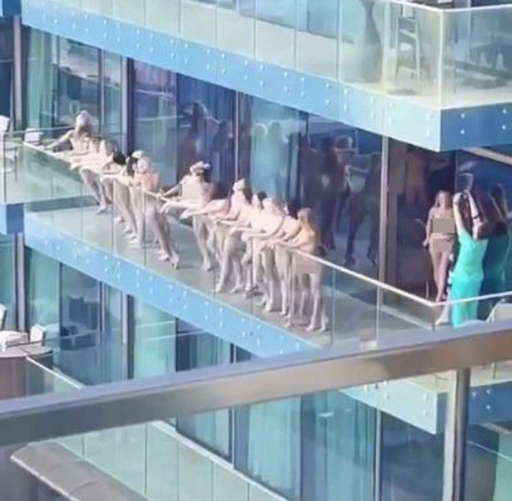 A group of women who posed naked on a penthouse balcony in Dubai have all been arrested.

The video went viral on social media after the naked women were filmed by someone in an adjacent building in the city’s upscale Marina neighbourhood.

Dubai newspaper, The National, reported the group had been taking part in a publicity stunt.

However, police said the group’s behaviour was “unacceptable” and “does not reflect the values and ethics of Emirati society”.

The women detained face up to six months in prison and a fine of around £1,000 for violating public decency laws in the United Arab Emirates.

Anyone who has shared the footage online could also be in trouble with the law, as sharing pornographic material is also punishable by law within the country.

In a statement, Dubai Police said: “A criminal case has been registered against the arrested and they have been referred to the Public Prosecution for further legal action.