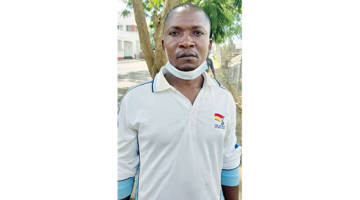 A Zimbabwean woman has been arrested after she being accused of strangling her 6-year-old stepson to death and trying to set her 8-year-old stepdaughter on fire so that she could inherit her husband’s house.

The 24-year-old suspect identified as Alice Chikono, allegedly killed Dean Dube with her bare hands on Easter Friday and hid his body in the house.

She then allegedly locked his sister in the bedroom after switching on a stove and covering it with a blanket, apparently hoping the blanket would catch fire and set the room on fire.

Chikono allegedly fled to Harare after making a false report to the police claiming the boy was missing. However, there was a power cut soon after she left the house thereby putting her plans off rail.

It was gathered that the suspect had allegedly been planning to kill the children for more than one year.

She was arrested in Harare on Saturday, April 3, where she had fled to and she was arraigned…