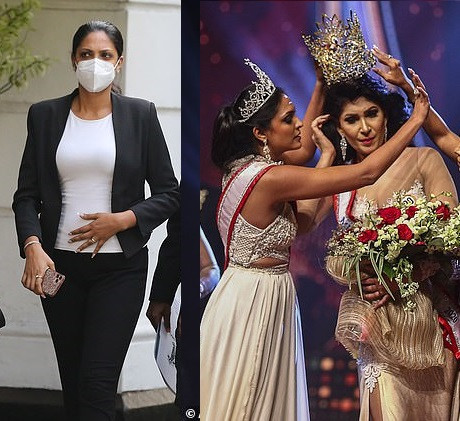 Mrs. World, Caroline Jurie has been released on bail by the police after she was arrested on charges of assault for removing the crown from the new Mrs. Sri Lanka’s head over claim she is divorced and should not have won the pageant.

Beauty queen Pushpika De Silva, 31, was awarded the 2020/2021 title during the ceremony at Nelum Pokuna Mahinda Rajapaksa Theatre, Colombo, which was also broadcast on national TV on Sunday. But Caroline Jurie, 28, who won the crown in 2019 and is the current Mrs. World, snatched the crown from her head and crowned the first runner-up instead.

“There is a rule that you all have to be married and not divorced,” Jurie told the audience.

“The crown goes to the first runner-up.”

As the crown was forcibly removed from a tearful De Silva, she walked off stage in shame.

De Silva was reportedly left with head injuries and needed hospital treatment after the incident.

The prize has since been returned to Ms. De Silva after the…

Update: Only one ABSU student is being held by the kidnappers