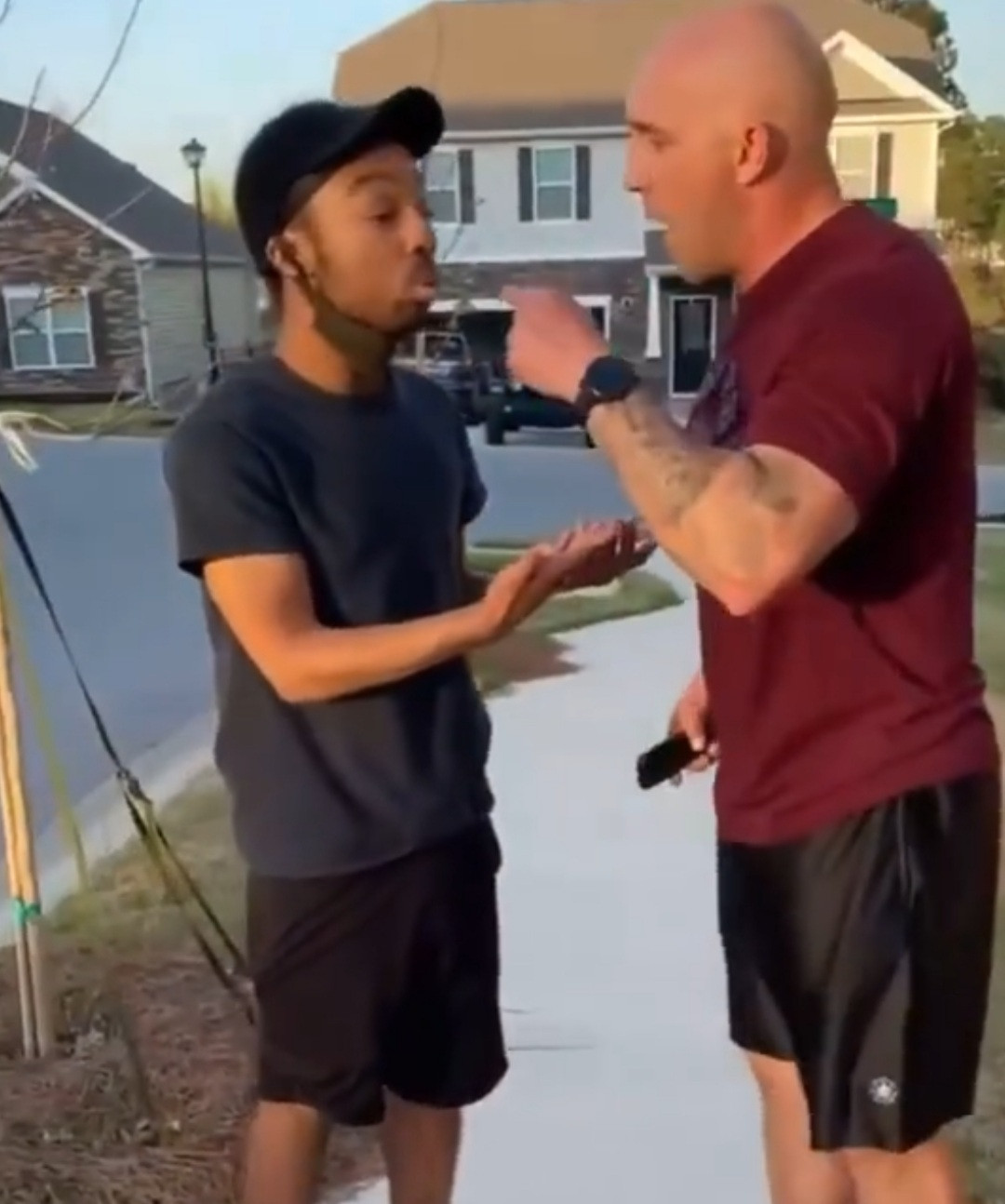 A viral video shows the moment a white man harassed a black man taking a walk in his own neighbourhood and asked him to walk out of the neighbourhood because ”he doesn’t belong there.”

He’s being accused of being a racist and viewers have reported him to his boss.

In the video, Jonathan and his family are seen harassing and threatening a young black man, named Deandre, who explained he was just taking a walk in the neighbourhood in Columbia, South Carolina.

Jonathan asked the man to walk out of the neighbourhood and hinted at violence if he doesn’t.

P?ntland can b? heard in th? vid?o saying “What is it that you’re doing here?”

He added: “You can walk away or i’ll carry you out of here.”