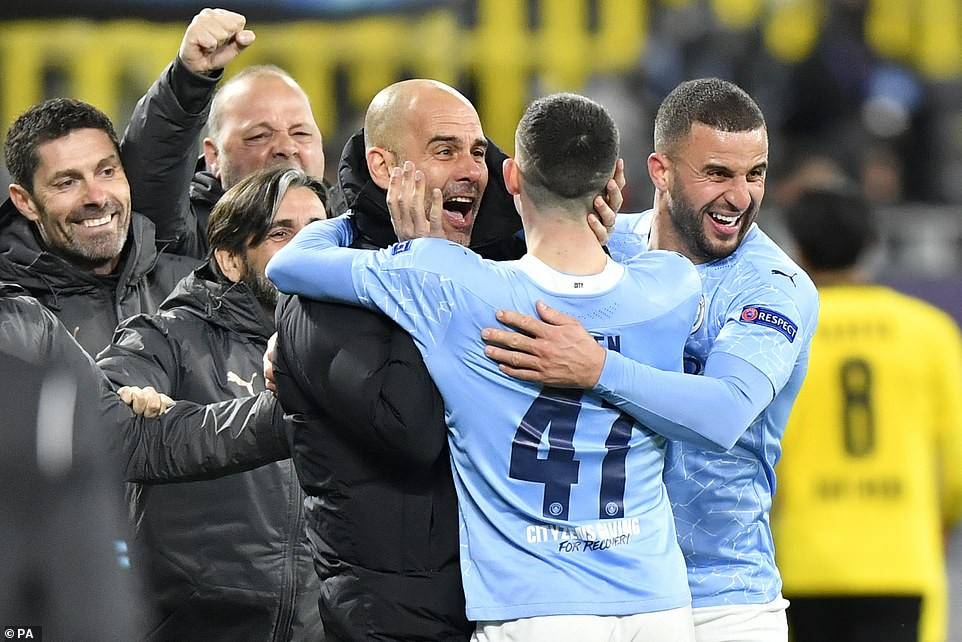 Algerian, Riyad Mahrez and English starlet, Phil Foden were on target as Man City fought back from behind to beat Borussia Dortmund on Wednesday night April 14, in the UEFA champions league quarter finals.

City had come into the game on the back of a 2-1 win at home in the first leg and had the game in their hands but we’re stunned by a first half goal by Jude Bellingham.

City also had twice as many touches in the opposition box, compared to Dortmund but managed five shots on target from which they scored two goals.

Dortmund played with heavy intensity in the first half, but couldn’t match up with City after the English club leveled in the second half.

There was also no magic from Dortmund star Erlin Haaland, who City neutralized during the game.

City will now face PSG in the semi finals and Pep Guardiola now has the opportunity to win all four trophies he is competing in – the Premier league, the FA Cup, the Capital one Cup and the Champions league.