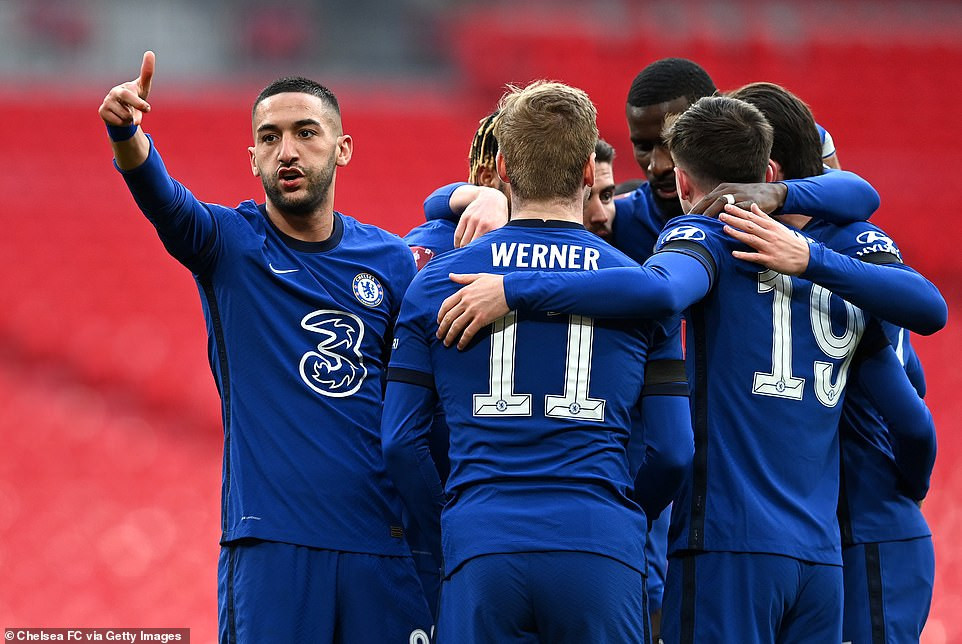 Chelsea football club of England are through to the FA Cup final for the fourth time in five seasons after Hakim Ziyech scored a well-worked second-half goal against Manchester City on Saturday, April 17.

In Chelsea’s line up, Kepa was once again named in goal while Ziyech and Werner came in for Christian Pulisic and Kai Havertz.

City meanwhile made eight alterations to his Man City side, with only Kevin De Bruyne, Ruben Dias and Rodrigo retaining their places from the midweek win over Dortmund.

At the beginning, Chelsea exploited space behind City’s high line twice in quick succession as Ziyech had the ball in the net from Werner’s pass but the German was offside before a Ben Chilwell cross was cleared from inside the six-yard box.

At the 10th minute, Kepa made a comfortable save from Gabriel Jesus.

Unlike what many would have thought, Chelsea were playing well .