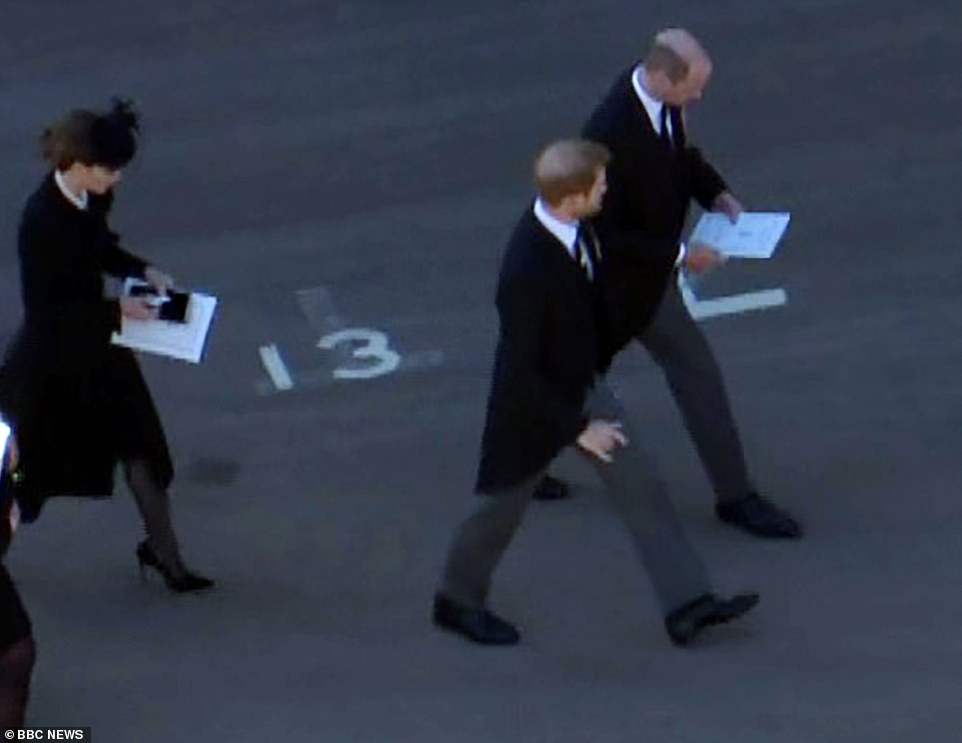 Prince William was pictured speaking to his estranged brother Harry after their grandfather’s funeral as they appeared in public together for the first time in more than a year.

The princes spoke to each other while walking out of St George’s Chapel following the funeral service for Prince Philip this afternoon. They were earlier seen taking part in the funeral procession but walked beside their cousin Peter Phillips.

Harry was first spotted speaking to his sister-in-law Kate Middleton as they left the chapel before he spoke his brother William.

Harry’s friend Tom Bradby, who was presenting ITV’s coverage of the funeral today, said: ‘Funerals are a time of reconciliation and that a sight, let’s be honest, that’s many wanted to see. Not least the family itself.’

William, 38, and Harry, 36, were among nine members of the Royal Family who walked behind their grandfather’s unique coffin this afternoon, leaving the Sovereign’s entrance at Windsor Castle at precisely 2.45pm.

BBNaija star, Nina, flaunts her new body as she enjoys time out with her husband (video)