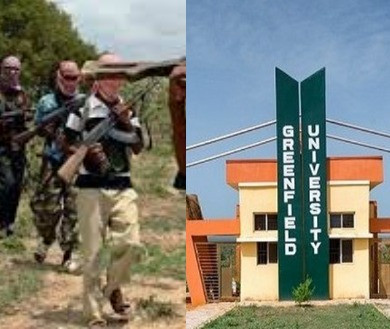 The abductors of the students of Greenfield University, a private university located in Kaduna state, have contacted their parents to demand a collective ransom of N800 million.

The Nation reports that the abductors have threatened to kill the students if the ransom is not paid. According to the report, a cousin to one of the kidnapped students, Georgina Stephen, confirmed the development. Georgina claimed 23 students, including 14 females and staff of the university, were abducted.

According to her, the kidnappers have been beating the abducted students, insisting if the ransom is not paid they will kill all of them.

Another parent, who craved anonymity, confirmed the development, saying the kidnappers had called to demand a collective ransom of N800 million.

He could not however confirm the number of the abducted students.

The yet-to-be-identified gunmen stormed the school located along the Kaduna-Abuka Highway in Chikun Local Government Area on Tuesday night,…