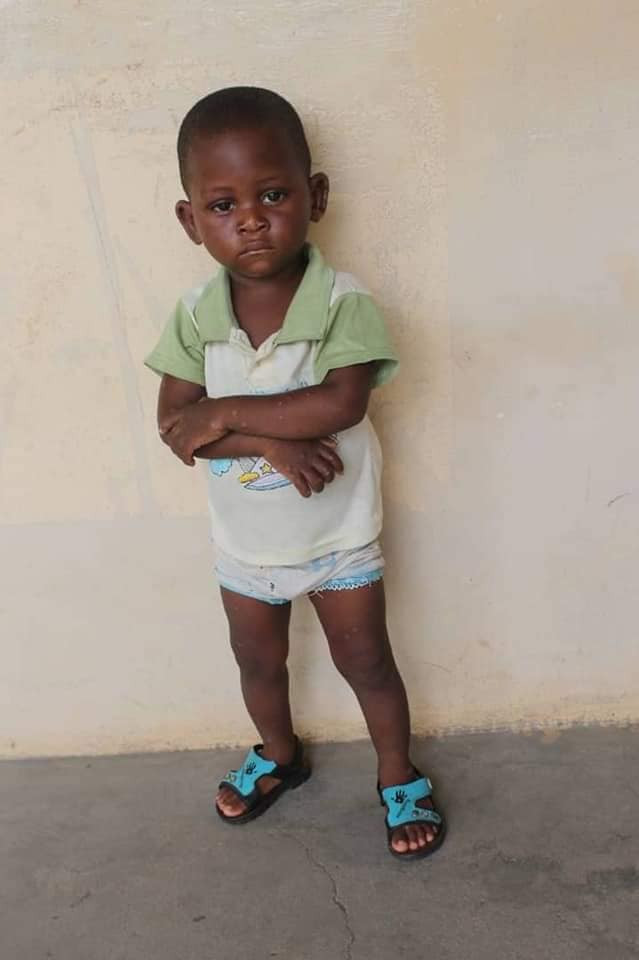 A little boy said to be around 1 yr & 6 months has been rescued along Orlu/Ihiala road after being abandoned by some persons in an SUV.

Imo state police spokesperson, Orlando Ikeokwu said the occupants of the car stopped and threw him out of the vehicle. Parents or relatives of the little boy who cannot speak yet, have been asked to kindly contact the police spokesperson on the phone number 07034714499.

This boy was rescued around Orlu/Ihiala road, he was said to have been abandoned by some occupants of an SUV, who stopped and threw him out of the vehicle. He is presently in safe custody. He is approximately 1 yr & 6 months, & can’t speak yet.

Whoever knows the Parents or relatives should kindly contact me on the following phone number 07034714499.