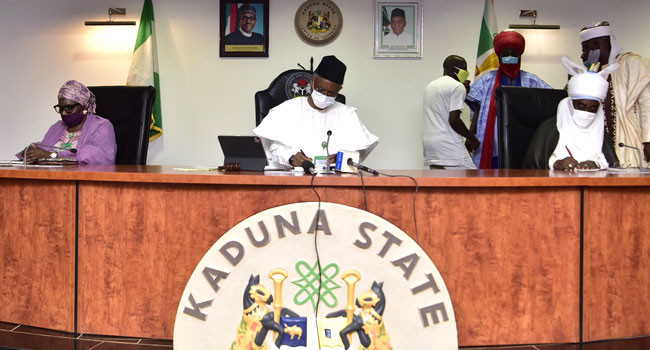 The Kaduna state government has announced that 323 people were killed by bandits in the State between January and March 2021.

Commissioner for Internal Security and Home Affairs in Kaduna, Samuel Aruwan disclosed this while presenting the first quarter security report at the State Security Council meeting on Friday April 30.

He added that a total of 949 people were kidnapped by bandits during the period. Kaduna Central senatorial district accounted for 236 deaths and they were within Birnin Gwari, Chikun, Igabi, and Kajuru Local Government Areas.

Aruwan also informed the council that some successes were recorded on the part of the security forces, including the killing of hundreds of bandits and recovery of many weapons.

Governor El-Rufai in his speech at the meeting, decried the spate of kidnapping and banditry in Kaduna which he said was taking an alarming proportion.

Noting that the attacks are getting out hand, the Governor stated that the bandits…