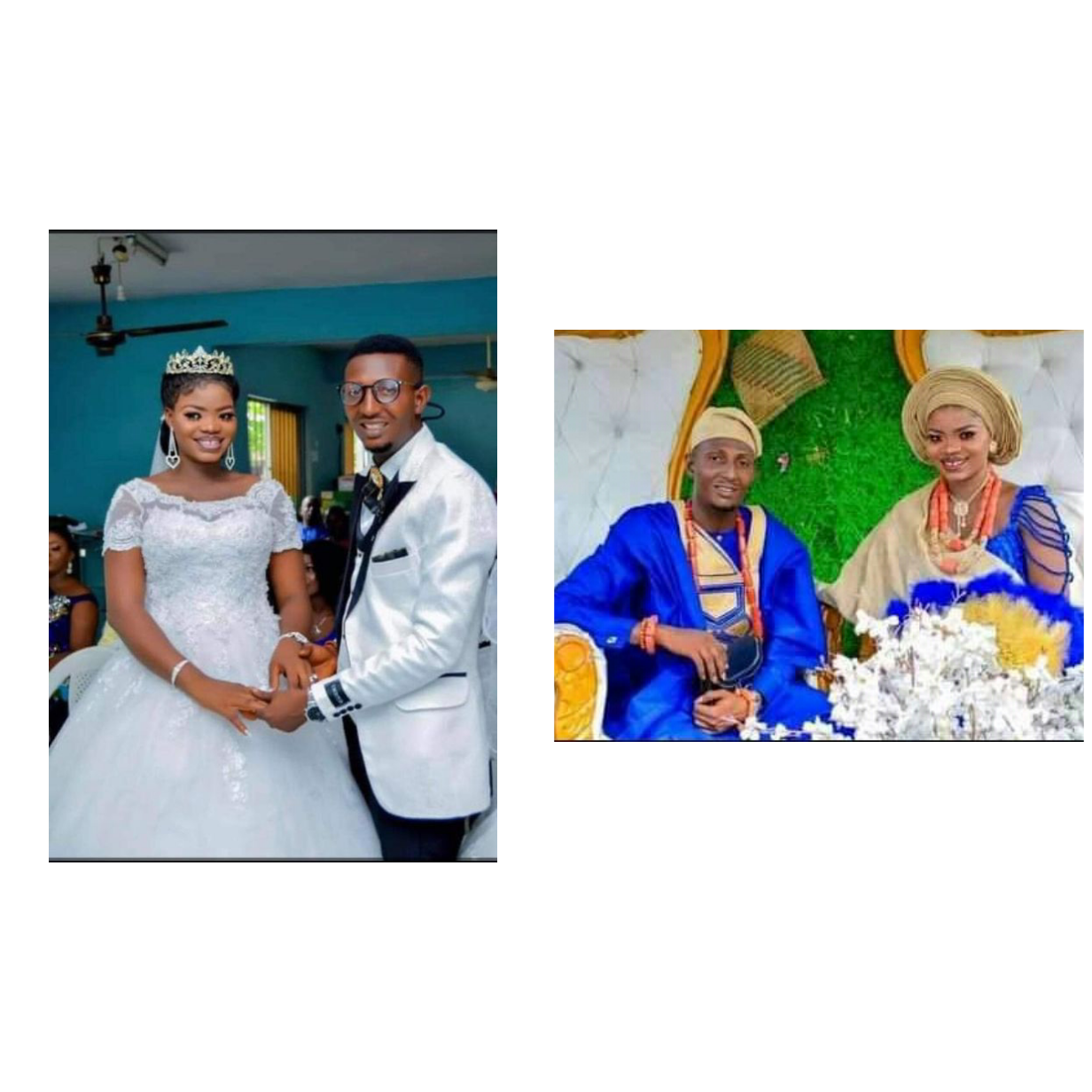 A newly married couple identified as Kingsley and Ajoke Akpor, have been reportedly killed by a hit-and-run driver in Warri, Delta State.

It was gathered that the tragic accident happened on Sunday night, May 2, along NPA Expressway.

Details on the accident are still sketchy, however, it was gathered that the couple were crossing the highway after attending a birthday party held at PTI Conference Centre, when the speeding driver rammed into them.

The unidentified driver fled the scene after hitting them.

Late Kingsley is said to be a photographer and has a photography studio in Agbarho, Ughelli North LGA of the state. The couple and got married on December 21, 2021.

Ajoke was heavilly pregnant with their first child and billed to deliver this week.

Their remains have been deposited at Ekpan General hospital Mortuary.

Meanwhile, friends have taken to Facebook to mourn he couple. Efe Akpoviri, wrote:

“I NEVER KNOW U WILL LEAVE THIS…

“I’m no longer feminist,” woman cries for husband online as she says she’s missed out on having a man because of feminism (video)