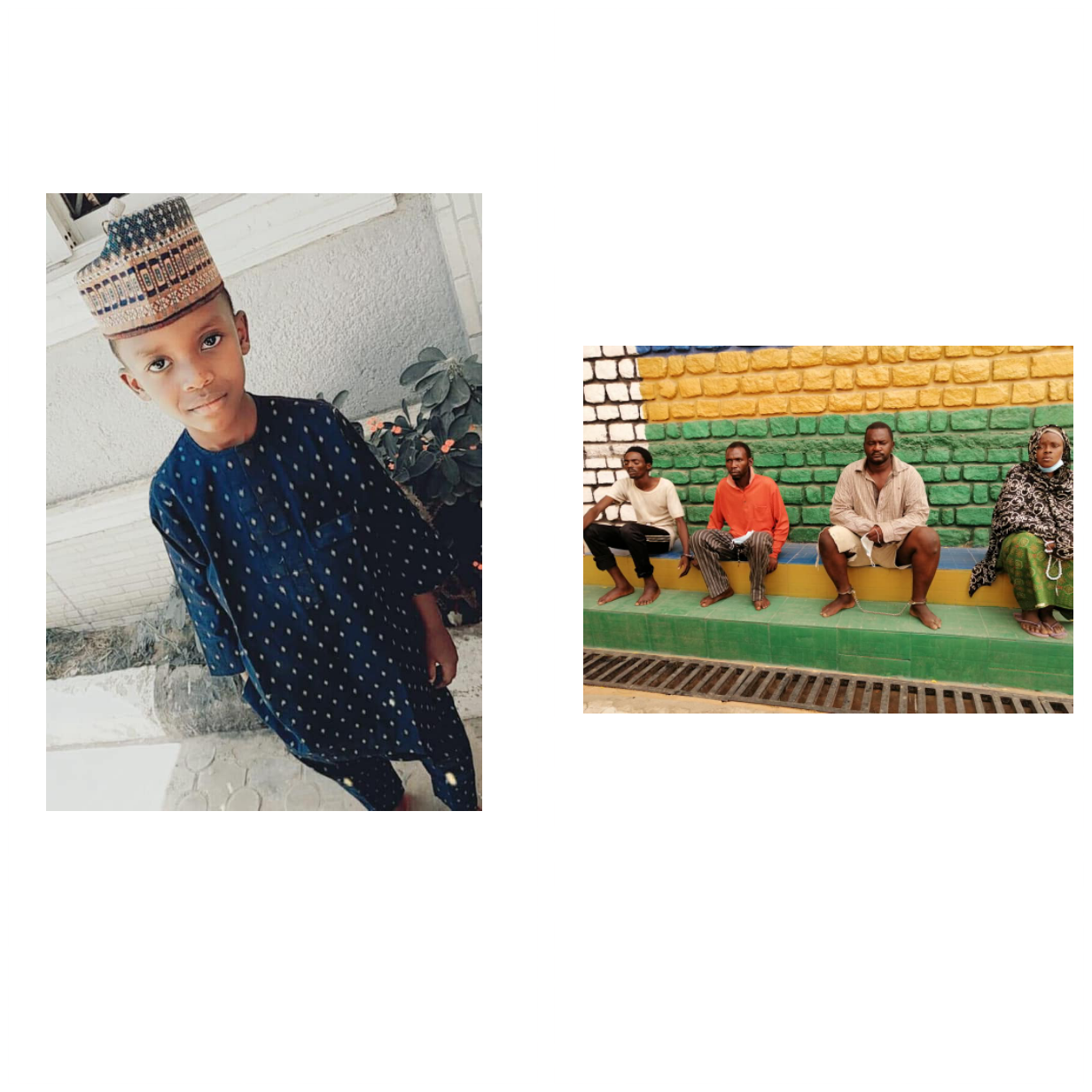 The Kaduna State Police Command has paraded four suspects, who allegedly kidnapped and murdered a six-year-old boy after ransom payment.

LIB reported that Muhammad Kabir was abducted by a neighbour in Badarawa area of Kaduna, taken to Kano and murdered after the abductors had collected N1 million ransom.

Spokesperson of the command, ASP Muhammad Jalige, who paraded the suspects during a press briefing on Monday, May 3, in Kaduna, said investigation into the incident began when the boy’s father reported the matter to the Commissioner of Police.

Jalige said further investigation revealed that the person who orchestrated the whole abduction saga is a neighbour to the victim’s father, adding that the boy was killed because the suspect had feared that he would reveal his identity after regaining freedom.

“We are here today Monday 3rd May, 2021 to parade these suspects for the offence of Criminal Conspiracy, Kidnapping…