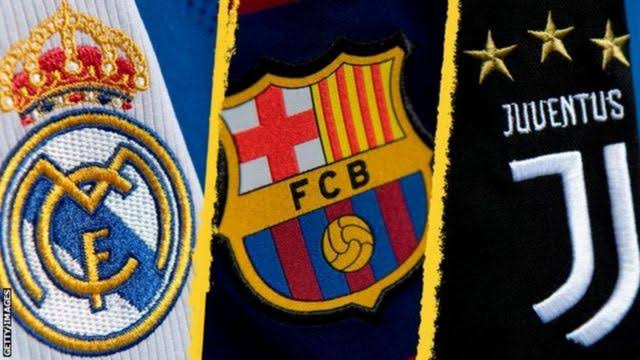 Real Madrid, Barcelona and Juventus football clubs have responded with coordinated statements after European football governing body, UEFA announced it might ban them from European competitions next Season over their roles in the creation of the European Super League.

The Super League was announced on April 18, but within 72 hours it had fallen apart with the English clubs withdrawing after fan protests and Government pressure.

Nine of the original 12 European Super League clubs, including the Premier League’s Arsenal, Man U, Chelsea, Tottenham, Liverpool and Manchester City declared their commitment to UEFA and its competitions at continental and domestic level on Friday May 7. The clubs also agreed to give a percentage of its earnings next season to UEFA.

The nine clubs face fines of 100m euros (almost £87m) each if they seek to join an unauthorised competition in the future, and a fine of half that if they breach any other terms of the declaration, UEFA said in a…