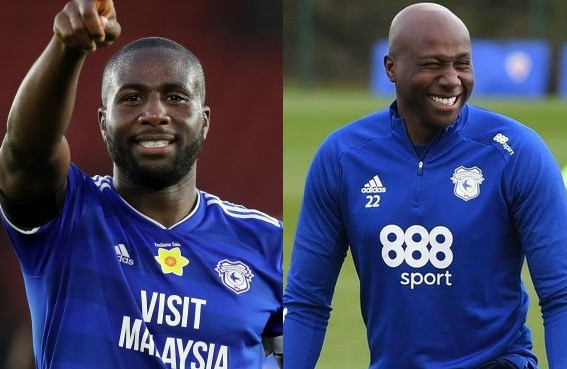 Cardiff City and Ivory Coast defender, Sol Bamba has announced that he is now cancer-free following his battle with Non-Hodgkin lymphoma.

The 36-year-old was diagnosed just before last Christmas but his club made the news public in January.

Bamba underwent several rounds of chemotherapy and this month returned to action as a late substitute in Cardiff’s home draw with Rotherham on the final day of the Sky Bet Championship season.

In a heartfelt message on Twitter, Bamba said: ‘Hey everyone, just a quick message to inform you that I’m now cancer-free! It is of course incredibly heart-warming news for my family and I, we are over the moon right now.

‘I really want to thank each and everyone that has been supporting me, whether it’s been with a comment, a message, a like or whatever, that definitely gave me extra strength to go through this.

‘Above all, I want to thank the family at the NHS who took such good care of me, I will always be grateful for your…