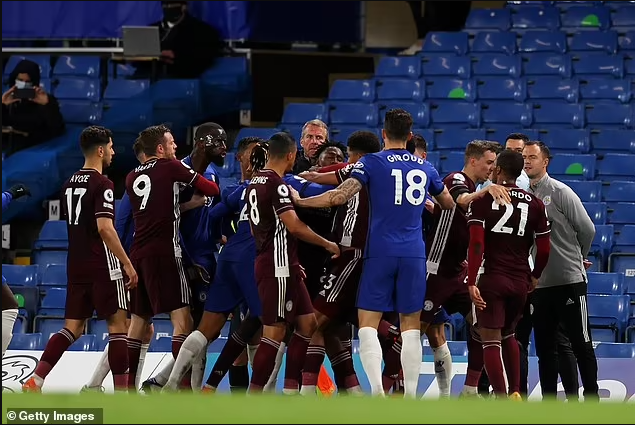 Chelsea and Leicester have been charged by the Football Association following the mass brawl that broke between players towards the end of their match at Stamford Bridge on Tuesday night, May 18.

Players and staff from both teams squared up to each other after Ricardo Pereira’s challenge on Ben Chilwell.

Antonio Rudiger sparked the ugly scene when he first squared up to Pereira before the clash turned into a bigger altercation between the other players and substitutes.

Daniel Armartey, who was an unused sub for the Foxes, was booked for his involvement in the burst up while Pereira was shown a yellow card for the foul on Chilwell.

An FA statement read: ‘Chelsea FC and Leicester City FC have both been charged with a breach of FA Rule E20.1 following their Premier League fixture on Tuesday, May 18, 2021.