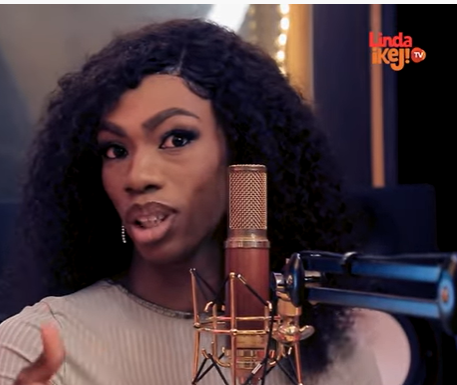 Popular Nigerian drag queen, James Brown, found fame after he was paraded as one of the 57 suspected homosexuals arrested at a birthday party in 2018, and ever since then, he’s been one of the hottest social media sensations around.

In this interesting episode of LITV show, NaijaTalk Podcast with Dami Dawson, James Brown spoke about becoming a drag queen, his time in prison, his riff with his senior colleague Bobrisky and many more.

The drag queen explained that he has always wanted to put on women’s clothes and make-up since he was young.

On his time in prison, where he spent three weeks, James described those times as “hell,” saying that he was beaten, molested, and was made to pack feces alongside other prisoners.

He also claimed that in prison, there are different grades, the VVIP, VIP, Medium Class, and Jakara, a crowded cell where he was kept.

After his release from prison, James Brown said he through series of therapy because of the traumatic…