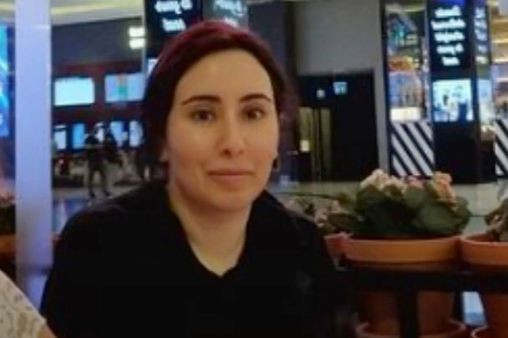 Princess Latifa of Dubai appears to still be alive if new pictures released are to be believed.

New photographs uploaded to Instagram shows what looks to be Princess Latifa Al Maktoum,  daughter of Dubai ruler, Sheikh Mohammed bin Rashid Al Maktoum, who has allegedly been held captive for years against her will.

The snap shared by social media account “Shinny Bryn”, shows a photo of three women including a smiling Princess Latifa sitting around a table in public.

Keen observers also noticed that the photograph appears to have been flipped, based on the mirrored writing appearing on advertising in the background of the image.

The photo also shows face masks lying on the table, suggesting it could have been taken during the coronavirus pandemic period.

But Sky News reports say the picture is understood to be legitimate and is believed to have been taken in the Mall of the Emirates in Dubai.

The Instagram user wrote in a caption: “Lovely evening at MoE with friends”…

Popular Nigerian cross dresser, James Brown talks about being molested prison, his rift with Bobrisky and more in this interesting episode of NaijaTalk Podcast...