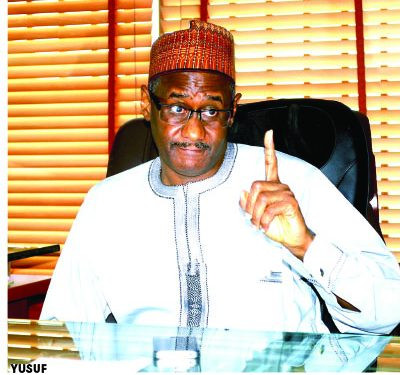 Former Executive Secretary of the National Health Insurance Scheme (NHIS), Prof Usman Yusuf has accused Southerners in the country of profiling the Fulani ethnic group even though some tribes from the region are allegedly responsible for some vices in the Northern region of the country.

Speaking in an interview with The Sun, Usman alleged that agitations for restructuring and secession are blackmail tools being employed by the Igbos and Yorubas to force their way into the Presidential Villa in Abuja in 2023.

When asked why he said the 17 Southern governors should have consulted Fulani groups before banning open grazing even though Kano and some other northern states banned the consumption of alcohol without carrying along other stakeholders, Usman said;

I said and I’m repeating it that the Asaba declaration is unconstitutional based on Section 4 of the Nigerian Constitution, which guarantees every Nigerian the right to live and earn a living in any part of…