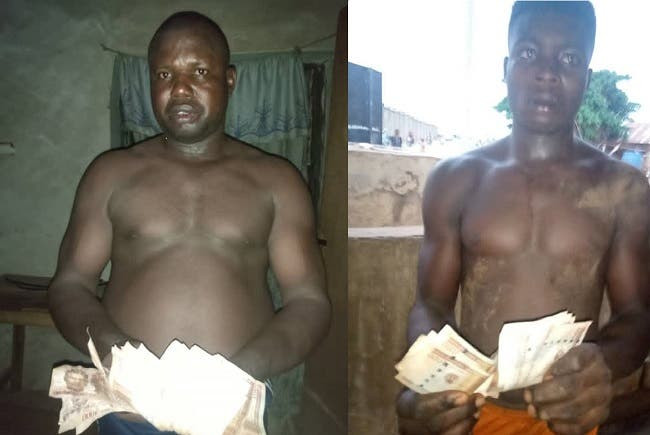 The suspects, Nicholas Kelechi, 25, and Benjamin Moore, 42, were arrested on Friday June 4, by NSCDC operatives at Yagba market in Patigi, headquarters of Patigi local government area of Kwara State on Friday, June 4.

Spokesman of the NSCDC in the state, Babawale Afolabi, who confirmed the arrest said the principal suspect, Benjamin confessed to the crime, claiming that he introduced him to the business by someone he met in Lokoja.

“Benjamin Moore, the ring leader hails from Ebonyi state but resides in Iseyin, Oyo State. He is currently running two homes, having a wife in Iseyin with five children and another in Enugu with four…