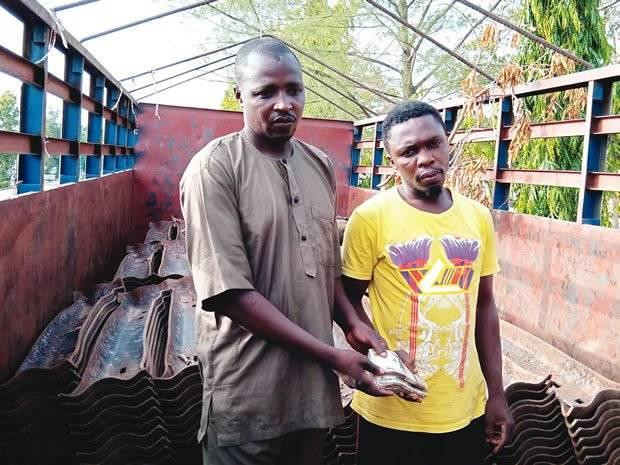 The Nasarawa State Police Command has arrested two suspects for allegedly vandalising railway slippers and attempting to bribe police officers with the sum of N160,000.

The suspected vandals, Mohammed Abdullahi and Abubakar Nuhu, were nabbed by men of the the Anti-Kidnapping Unit of the command headed by CSP Anietie Eyoh.

It was gathered that the suspects had already loaded the slippers onto a truck with number plate T-1726LA when CSP Eyoh received the information and mobilised his men to the scene.

Upon sighting the police officers, the suspects were said to have ran into the thick forest. Two of them were later arrested and allegedly offered N160,000 as bribe to the officers which they rejected.