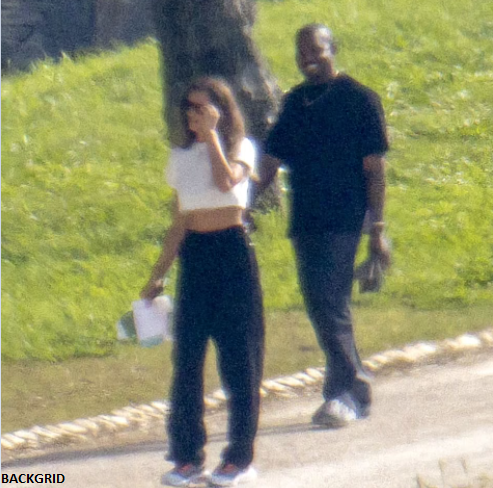 Kanye West and supermodel, Irina Shayk, were seen out and about in the French region of Provence on Tuesday, June 8, which happened to be the day he turned 44.

In photos shared by Dailymail, Irina, 35, and Kanye are seen taking a romantic stroll in Provence, France, where they are staying at the luxury Villa La Coste boutique hotel together.

Kanye West couldn’t contain his smile as he and Shayk, who was wearing a white crop top and black pants, walked through vineyards in the South of France.

According to TMZ, “they are 100% romantically together”.

This is Kanye West’s first public outing with a woman other than Kim Kardashian amid their split.

As Kanye was in France with Irina, Kim, who was home with their kids posted a birthday message for Kanye that reads: “Happy birthday.  Love you for life.” (read here).