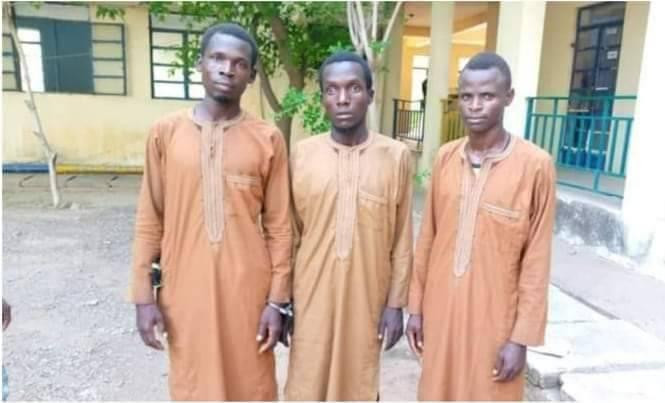 The Katsina State Police Command has arrested three members of the Hakika Islamic sect for impregnating a 20-year-old married woman in Danja Local Government Area of the state.

Spokesperson of the command, SP Gambo Isah, who confirmed the arrest in a statement on Friday, June 25, said the three suspects conspired and jointly had sex with the woman under the pretext of initiating her into the sect.

According to the PPRO, the woman’s husband, Abdullahi Isiyaku had returned from Lagos after spending a year and seven months to find his wife, Zainab Ahmed, with a 4-month-old baby girl.

Isiyaku said he had entrusted his wife, Zainab in the hands of her parents at Unguwar Dantalle village, Tandama, in Danja LGA.

“One Abdullahi Isiyaku (‘M’, aged 30) of Wardanga village in Bakori LGA of Katsina state reported at Danja Division on June 17th, 2021, that sometime in January 2020, he travelled to Lagos to earn a living and left his wife behind, one Zainab Ahmed, (“F”,…

BBNaija star, Nina, flaunts her new body as she enjoys time out with her husband (video)