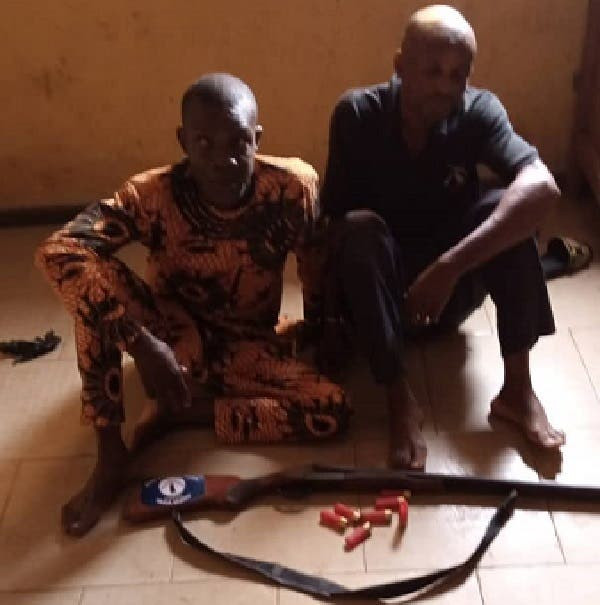 The Edo State Police Command has arrested two hunters, John Ebatame and Moses Okoyomon, for shooting and injuring six persons at a burial in Esan South-East Local Government Area of the state.

Spokesman of the command, SP Kontongs Bello, who disclosed this in a statement on Sunday in Benin, said the men were alleged to have committed the offence during the burial of one Late Martina Rabi at Ama Community.

“On 25/06/2021 at about 1900hrs, Edo State Police Command through the Divisional Police Officer, Agbede Division, CSP Iredia Ogiata received information that there is an ongoing shooting at Ama Community. On receipt of the information, the DPO swiftly mobilized police operatives from the Division to the scene of the incident,” he stated.

“On arrival, preliminary investigation revealed that one John Ebatame and Moses Okoyomon were said to have used a double-barrel gun to shoot at six persons in the community during a burial ceremony of one late Martina…