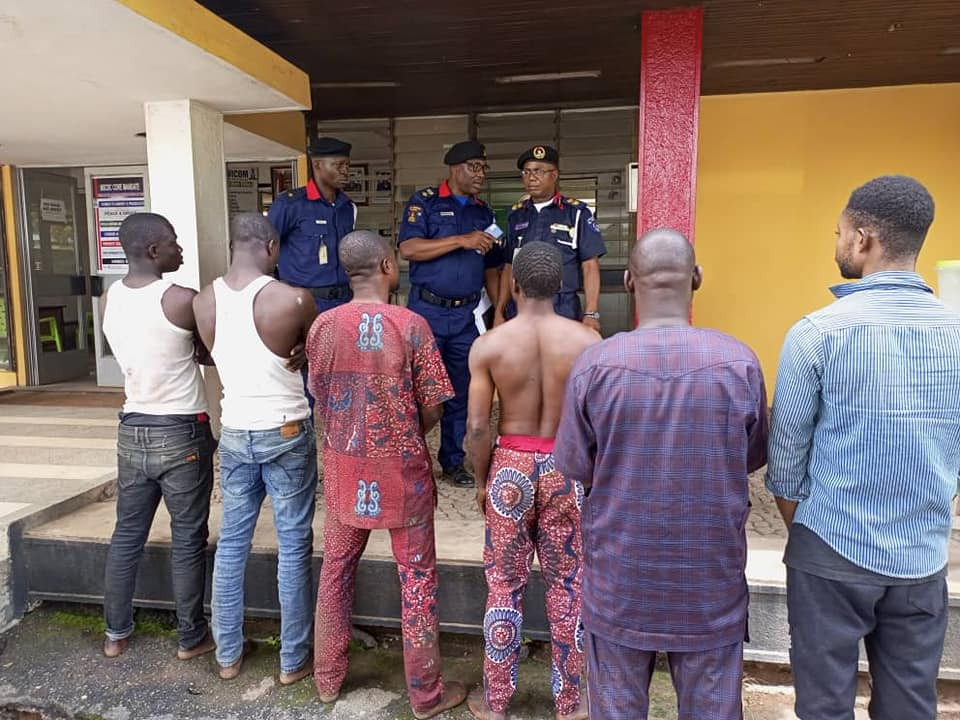 Five persons have been arrested over alleged attempt to kill officials of the Nigeria Security and Civil Defence Corps (NSCDC) in Oyo.

Speaking on the arrest during a press briefing, on Thursday, July 1, the Oyo State Commandant, Michael Akintayo Adaralewa, said that the suspects, Abiodun Abraham, Abiodun Akinola, Gbenga Abraham, Ramoni Oyewole and Babatunde Temito, committed the offence, on Tuesday, at the Agugu area of Ibadan.

Adaralewa disclosed that the civil defence officials had gone to the scene to arrest Abiodun Abraham in relation to a case of stealing when he started shouting and calling on people around the area to rescue him from kidnappers.

The Commandant stated that the false alarm prompted hoodlums to descend on the officers, hitting them with different weapons and tearing their clothes.