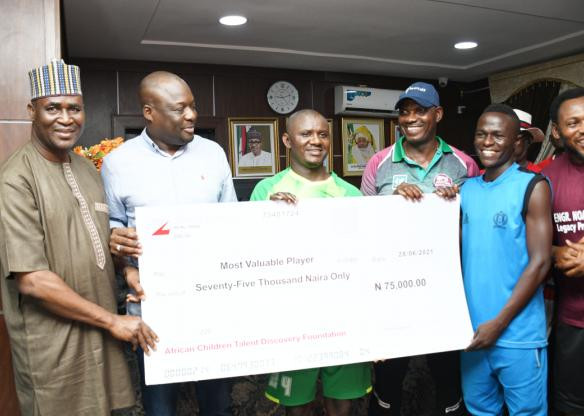 The 2nd edition of the ACTDF, an initiative of the Noah Dallaji Legacy Project in Bauchi, lived up to the billings as ex football superstars, celebrities, mentees and huge crowd of football fans thronged the Tafawa Balewa stadium to exhibit and witness history in the making.

Others include Peter Okoye of PSquare, Waje, Ricardo Banks, Kaffy, Timi Dakolo, Emeka Rollas, Abubakar among many other stars.

The team was well received at the palace of the Emir of Bauchi Alhaji Rilwanu Suleiman Adamu who offered his royal blessings before the commencement of the football exhibition.

An excited Engineer Noah Dallaji , the brainchild of the football talent hunt, described the outing as a fulfillment of a long held passion which has come to reality
Dallaji said the programme advances ACTDF’s…

Jide Kosoko, Fred Amata, Yemi Solade lead protest against Raddison Blu over alleged refusal to pay for use of their intellectual properties in their...