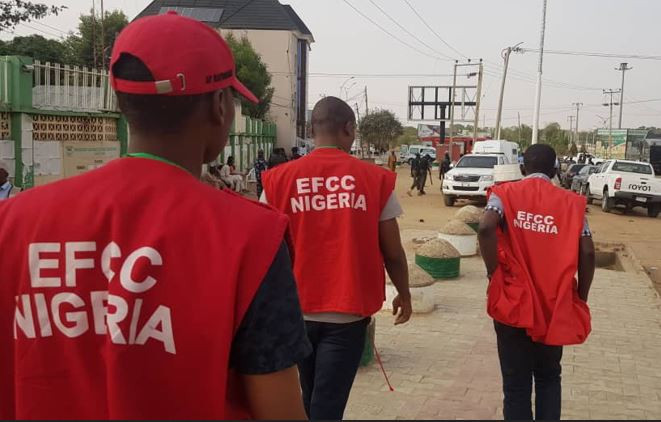 Operatives of the Economic and Financial Crimes Commission have arrested 30 suspects during a raid on Parktonian Hotel in the Lekki area of Lagos State.

The operatives were alleged to have gained entry into the occupants’ rooms by seizing the master cards from the management of the hotel at gunpoint.

It was gathered that some of the occupants were naked under the duvet when the operatives gained entry into the rooms.

One of the victims, while lamenting the invasion, told the Peoples Gazette, “I was naked, and I had to beg them (for me) to put something on. I am actually hypertensive, but I put myself together because I am not a criminal in any way.”

An eyewitness said to the publication, “They broke into the hotel and threatened to shoot the receptionists and management workers if they didn’t immediately release the master access card to them. So, the hotel workers had to comply immediately.”

According to the newspaper, it was learnt that no fewer…