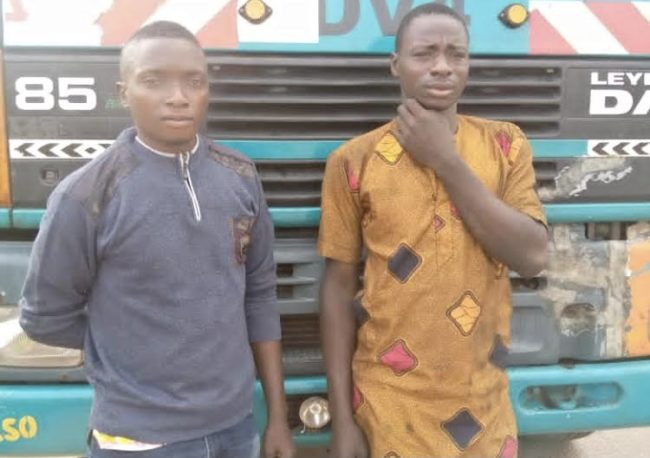 The suspects, identified as Akeem Adesola, 30, and Benjamin Adeniyi, 29, were nabbed with the truck, a blue Leyland DAF with registration number  Lagos EKY 189 XV on Iseyin-Saki Road at about 3pm on Wednesday, the Anti-Vandalism Unit of the command.

Parading the suspects on Friday, July 16, the state Commandant, Michael Adaralewa, said that the command had re-strategised by improving on intense patrol of crime-prone areas in the state to combat any act of criminality.

He said that the driver, Adesola, confessed that the destination of the product was meant to be NNPC, Ibadan, as written on the waybill, but that he was taking it to Saki when he was intercepted.