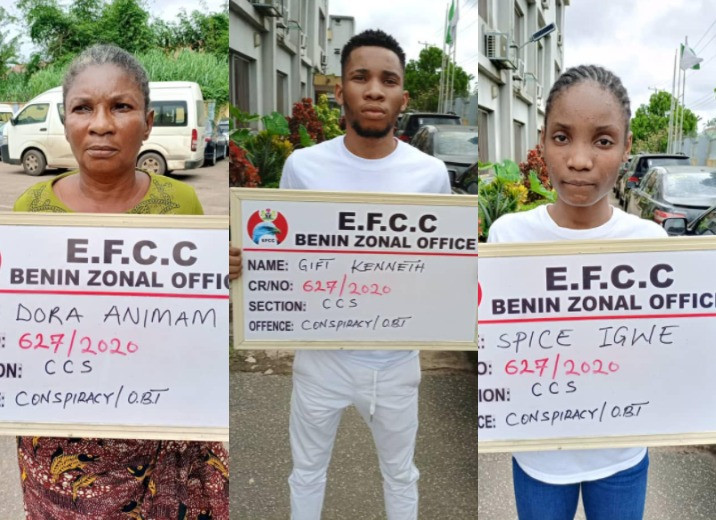 A statement from EFCC says Kenneth, his biological mother, Animam and girlfriend, Igwe were arraigned on one count charge each by the Benin Zonal Office of the Economic and Financial Crimes Commission for offences bordering on impersonation and obtaining by false pretences. They were said to have conspired to defraud an American lady, Lucinda Ann Garnes Henrichson of an aggregate sum of $902,935

The charge against Gift Kenneth reads:

“that you Gift Kenneth (a.k.a Raymond Carl Eric ) on or about the year 2018 and 2019 at Agbor within the jurisdiction of this Honourable Court did fraudulently impersonate the identity of one Raymond Carl Eric by which you propose an Infrastructural Investment Project to one Lucinda Ann Garnes Henrichson living in Texas, United…