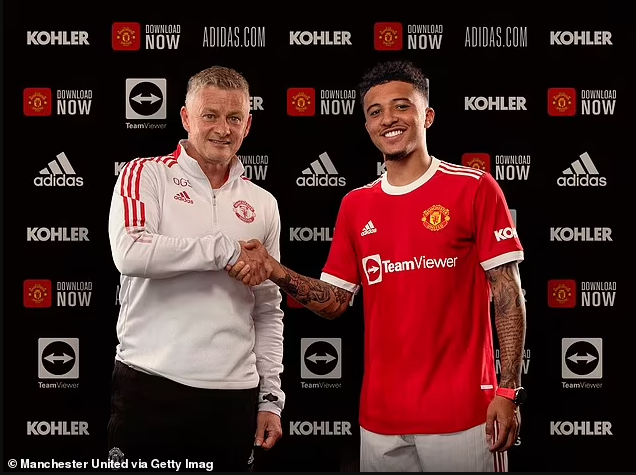 The 21-year-old England forward completed a medical at United’s Carrington training base last week and the final negotiations of his transfer from Germany have now been completed.

In his unveiling video, Sancho declares ‘this is my club, this is where I belong’ as he poses in the new United home strip.

Sancho said: ‘I’ll always be grateful to Dortmund for giving me the opportunity to play first-team football, although I always knew that I would return to England one day.

‘The chance to join Manchester United is a dream come true and I just cannot wait to perform in the Premier League.

‘This is a young and exciting squad and I know, together, we can develop into something special to bring the success that the fans deserve.

‘I am looking forward to working with the manager and his coaching team to further develop my game.’