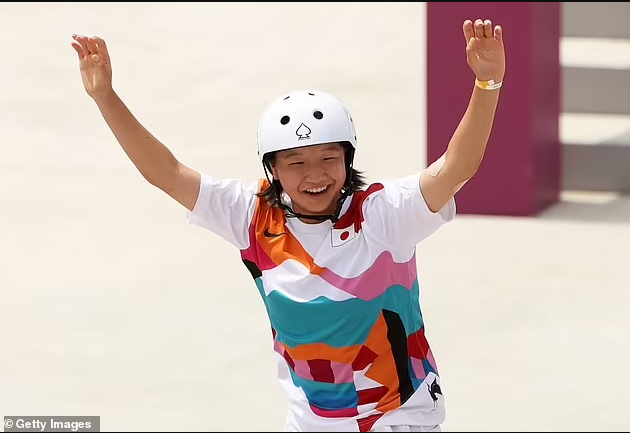 Momiji Nishiya has become one of Japan’s  Olympic champion at the age of just 13 after taking the gold medal in women’s street skateboarding.

Nishiya’s final audacious trick saw her win the title, with the average age of the podium incredibly just 13.5.

Brazil’s sensation Rayssa Leal clinched silver at the same age, while the women’s bronze went to Funa Nakayama of Japan.

Alexis Sablone of the United States, in prime position for the podium with two tricks remaining, settled for fourth after falls on both attempts.