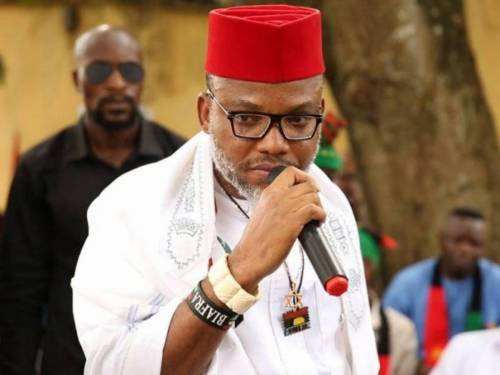 Justice Binta Nyako of the Federal High Court, Abuja has adjourned the trial of the leader of the Indigenous People of Biafra (IPOB), Nnamdi Kanu to October 21, following the failure of the Department of State Security DSS to produce him in court today July 26.

When the matter was called up, Justice Binta Nyako said nothing could be done since the defendant, Nnamdi Kanu, wasn’t produced in court by the DSS. According to the prosecution counsel, Mohammed Abubakar, Kanu was not in court due to logistic reasons.