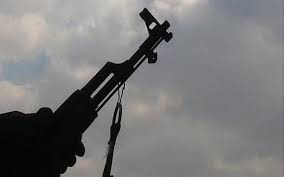 At least four persons have reportedly been hacked to death by suspected herdsmen in two villages in the Nimbo community, Uzo-Uwani Local Government Area of Enugu State.

The incident reportedly took place around 2 am on Monday, July 26, when people were still asleep.

Several persons were said to be severely injured in the attack with about ten persons reported missing.

It was gathered that trouble started when herders were stopped from grazing their cattle in the farm settlement in the area on Sunday afternoon, leading to heated arguments between the farmers and the herders.

It was further learned the farmers later chased the herders and their cattle in order to avoid further destruction of their crops.

According to The Nation, the herders later re-grouped and launched a revenge attack on the community, killing no less than four persons in the early hours of Monday.

A village source, who identified himself simply as Stephen, told the publication that the villagers were still…