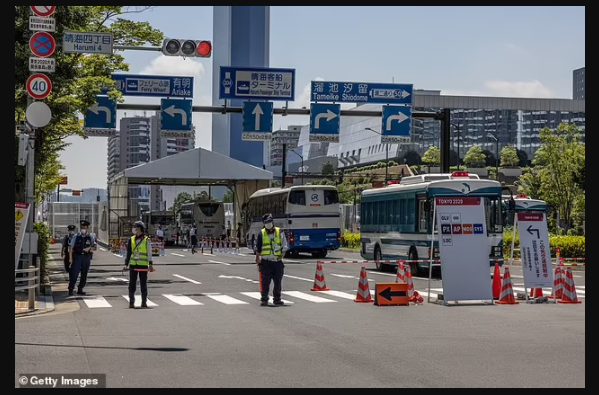 According to Mail Online, a further 38 have also been told to self-isolate.

The policemen, all in their 20s, make up half of a special deployment of 100 from the Hyogo province to provide security for athletes at their accommodation during the Games.

The report said the officers had been staying at a cramped dormitory accommodation in a Tokyo suburb where they had to share washing facilities which have been blamed for the explosion in cases.

Despite the outbreak, officers from the same Hyogo unit continue to man security posts at the Olympic Village and were seen interacting with the athletes and the public today.

One said: ‘It’s only the Hyogo Prefectural Police who keep having these outbreaks of the coronavirus. Maybe we are cursed.’