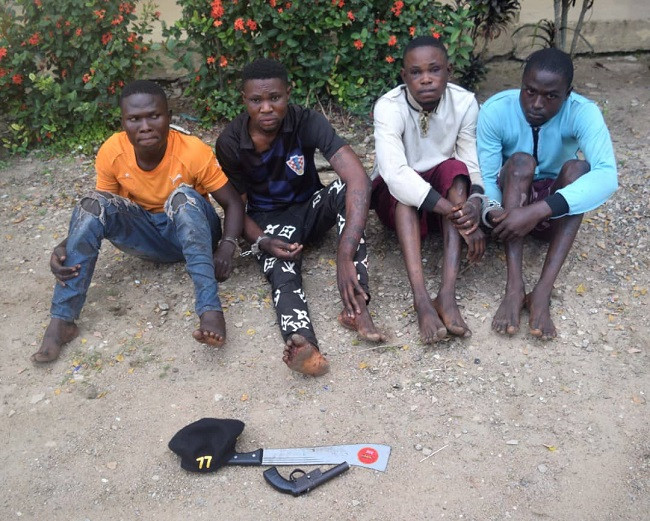 A Toyota Corolla car, one Laptop, five Android phones, one small ITEL phone and criminal charms, were recovered from the suspects.

“On 18th July 2021 at about 1420hrs, the complainant reported at the Gbongan Police Divisional Headquarters that, unknown thief/thieves armed with Cutlasses, Axe and local Dane Gun broke into their Anglican Mission House at Akiriboto Area at about 0100hrs; carted away with the above-named exhibits,” the CP stated.

On the receipt of the complaint, police detectives swiftly carried out its investigation network to Ogun State,…