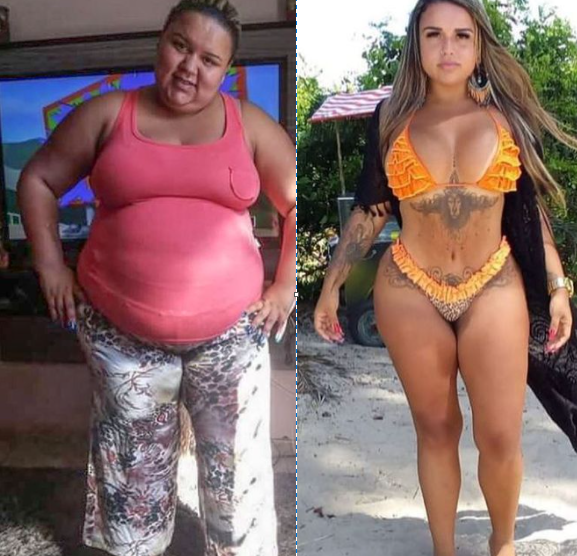 A formerly overweight woman looks completely unrecognizable after losing 11 stone by overhauling her diet and getting a gastric sleeve.

Monalisa Moura, 33, from Brazil, said she weighed 21.9st at her heaviest and struggled with joint problems.

She told UOL: “I was never thin as a child. But I became morbidly obese in 2014 after my second pregnancy.

“I had postpartum depression, I tried to (take my own life).

Determined to change her life for the better, Monalisa got sleeve gastrectomy surgery to reduce the size of her stomach to about 15% of its original size.

This operation promotes the feeling of fullness and helps to combat over-eating.

After the surgery, Monalisa managed to lose a massive 71kg (around 11.2st) in two years by overhauling her diet.

She also took medication and fasted intermittently, which wasn’t sustainable and caused her to…