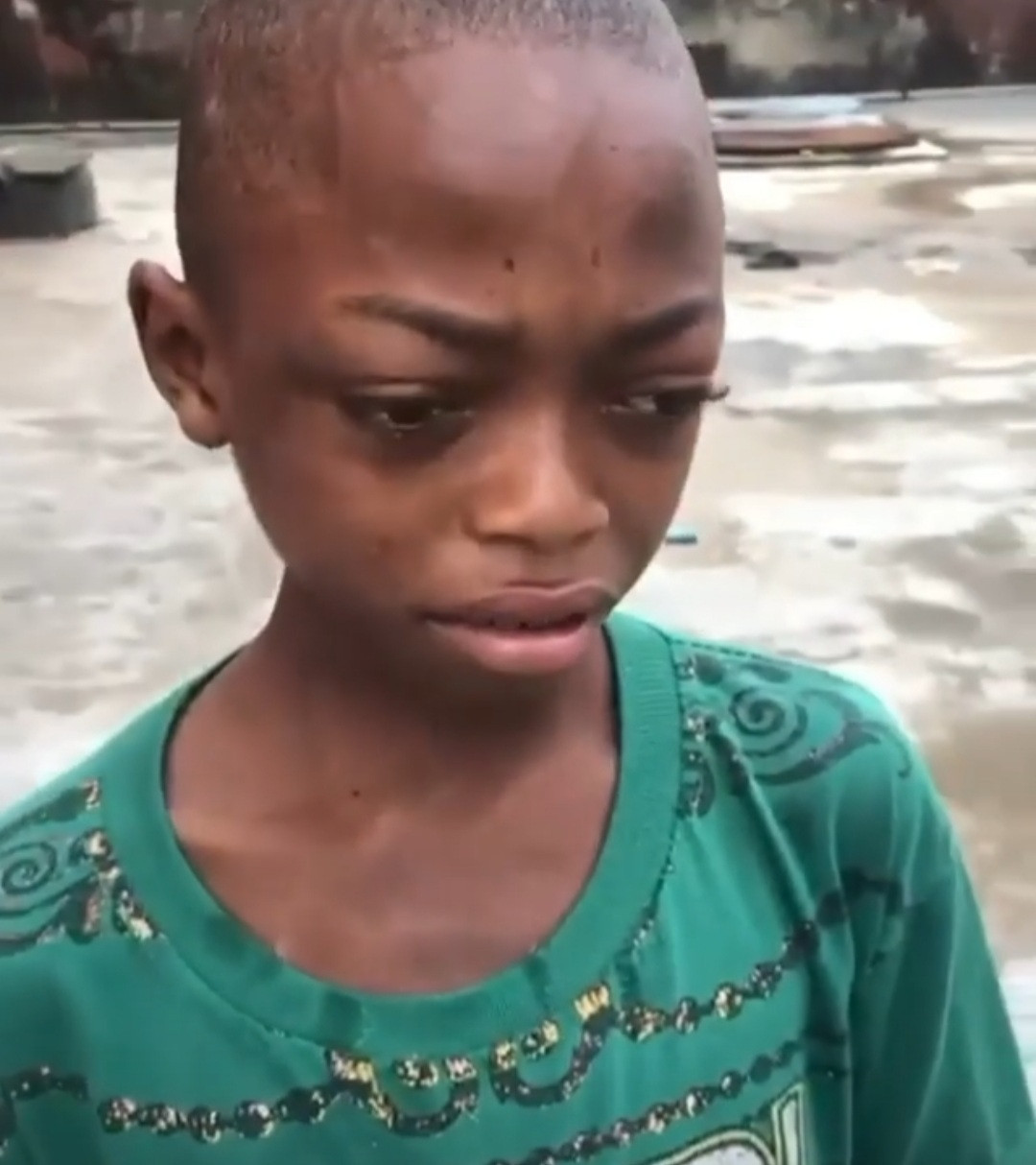 A boy named Daniel has been rescued from his madam after he was subjected to horrific physical abuse just one month into his stay with the woman.

The boy, from Jos, said his mother is dead and his father is in the village, so he was brought from the North to Lagos and handed over to a woman named Onyebuchi in Surulere, Lagos, so that he can work for her and get sent to school in return.

However, the boy, said to be 13, was reportedly subjected to abuse and wasn’t enrolled in school.

Concerned neighbours got involved when they saw the boy eating from a maggot infested dustbin in the compound.  They noticed the boy has cuts and bruises all over his body and his fingers were also bent and bruised.

The neighbours did a video, asking the boy what happened to him and he said his “Aunty” was responsible for hitting him.

Reports about the abuse were shared online and human rights activist went to the given address in Surulere. There, they met the boy and his madam.