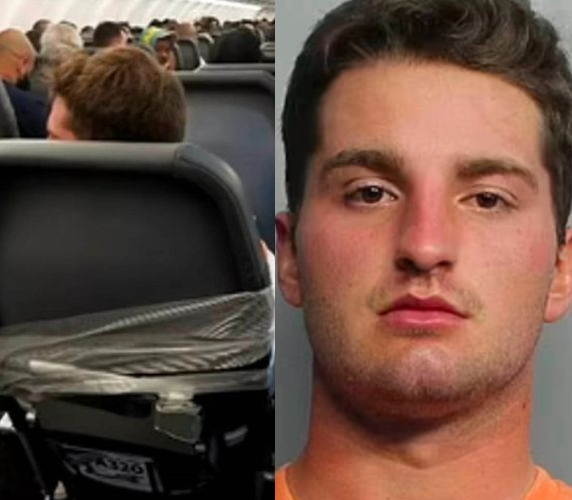 Max Berry, a 22-year old from Ohio, had reportedly already had at least two drinks when the incident occurred.

It is also said that he claimed that his parents were worth two million dollars as he carried out the drunken attacks.

According to a Miami-Dade County Police report, Berry brushed his empty cup against a flight attendant’s buttocks as he demanded another drink. She told him not to touch her, but eventually gave him the drink.

However, Berry then went on to spill his new drink on himself.

Berry then went to the plane’s toilet to change but came out topless and airline staff had to help him get a dry shirt out of his carry-on bag and put it on.

It was at about this point, according to police reports, that Berry “came up from behind” and put his arms around two female flight attendants and…