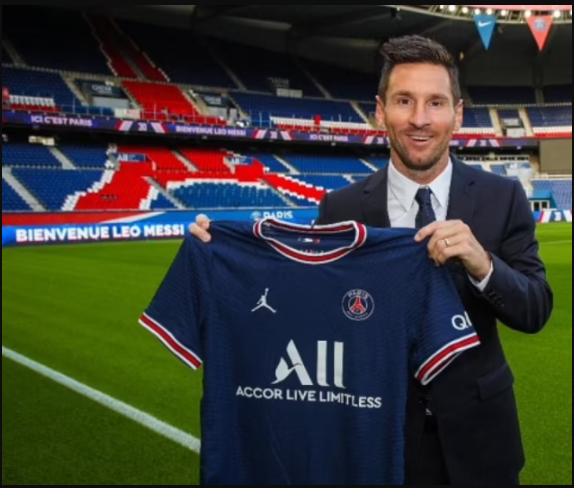 Lionel Messi has completed a sensational move to Paris Saint-Germain on a two-year deal after leaving Barcelona following 21 incredible years.

The Argentina captain became a free agent this summer after his contract with Barcelona expired. The club was expected to re-sign him after positive initial talks between all parties but  LaLiga’s financial regulations made it impossible.

On Tuesday, August 10, Messi flew from Spain to France to sign a two-year contract which includes an option to extend by a year and gives the forward a net salary of about €35m (£29.6m) with bonuses factored in.

According to Mail Online, the deal will see Messi earn £1million a week, and he will wear the number 30 shirt, his first Barcelona number.

A statement on PSG’s official Twitter account said: “Paris Saint-Germain is delighted to announce the signing of Leo Messi on a two-year contract with an option of a third year. The six-time Ballon d’Or winner is justifiably…