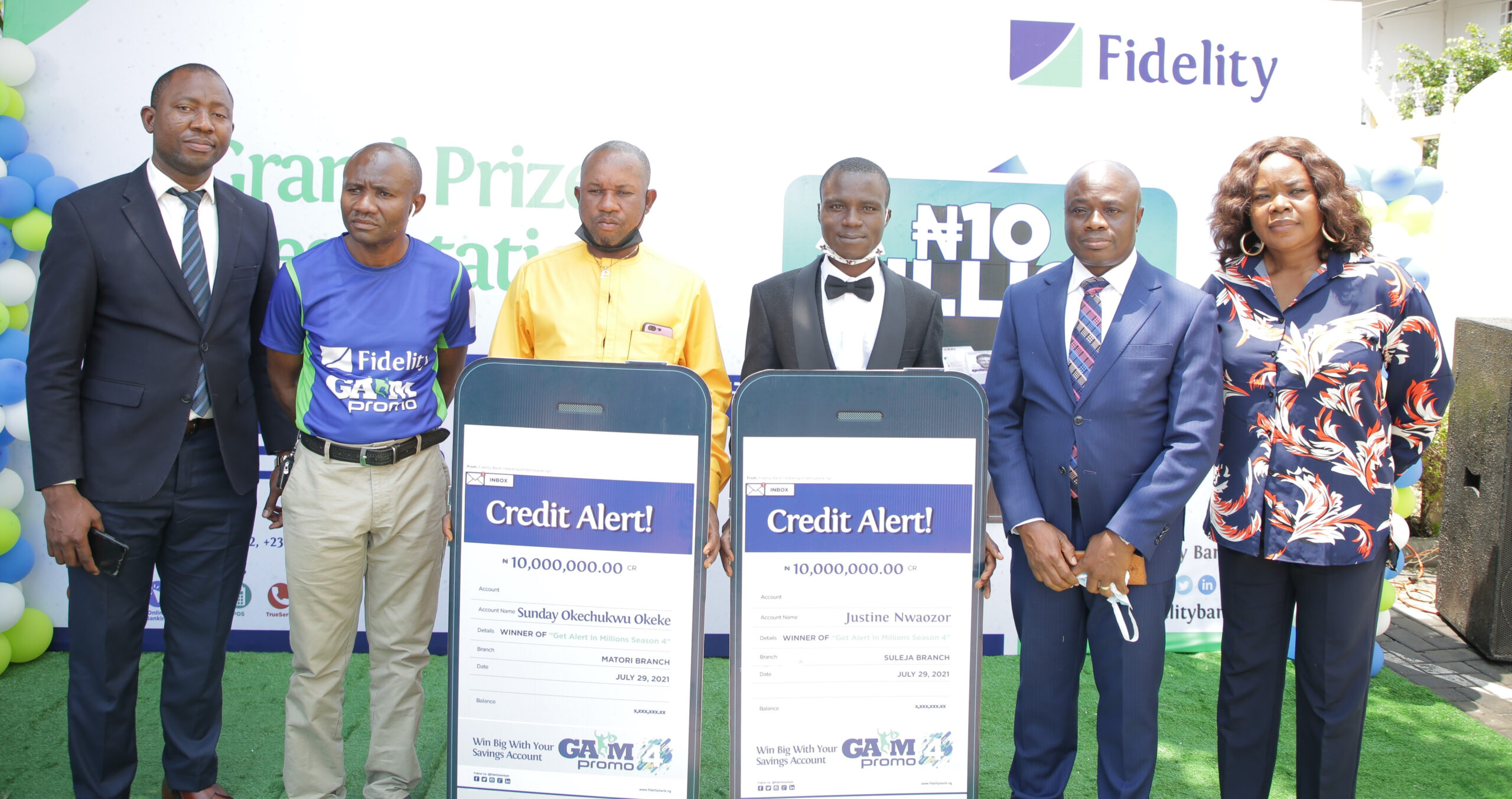 Recently, 15 lucky customers of Fidelity Bank smiled home with a whopping sum of N39 million having emerged winners at the final draw of the bank’s Get Alert in Millions (GAIM) Season 4 Promo.

Speaking at the prize presentation event, the Managing Director/Chief Executive Officer of Fidelity Bank, Mrs. Nneka Onyeali-Ikpe, ably represented by the bank’s Executive Director -Lagos and SouthWest, Dr. Ken Opara, reiterated the bank’s devotion to supporting initiatives that enrich the lives of its loyal customers even in times of economic uncertainties. She said “Encouraging savings and financially empowering our loyal customers have been a long-standing heritage at Fidelity Bank. We are…