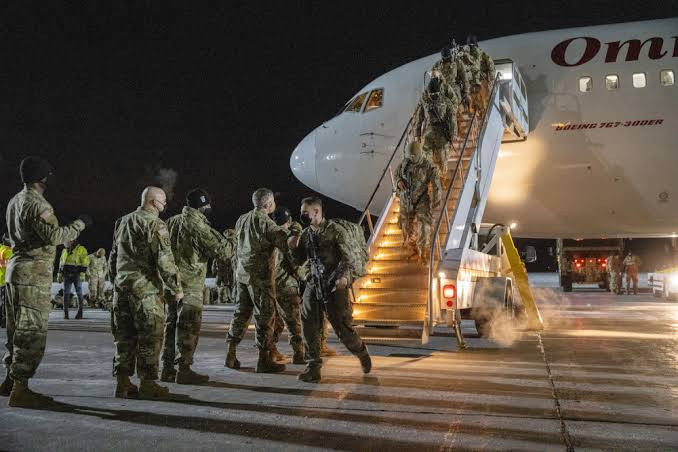 U.S Marines on Friday, August 13 arrived in Kabul, capital of Afghanistan, to help evacuate embassy staff as the Taliban continued its offensive sweep through the country..

The battalions are expected to be fully in place by the end of the weekend, and will be capable of supporting the evacuation of several thousand people a day, both U.S. citizens and Afghan nationals.

In another development, other countries such as Switzerland, Germany, Russia, the UK, France, Netherlands etc have ordered their citizens to leave the country while ordering their Diplomatic staff to return home in fear of the expected advance towards Kabul.

The Taliban captured two of the country’s largest cities in recent days, with the Taliban trying to isolate Kabul before attacking the city in coming weeks, according to Defense Department spokesman, John Kirby.

In response to the security situation, two battalions of Marines and a battalion of Army soldiers started arriving in the capital…

Inmates of Ankaful prison give Ghanaian singer, Shatta Wale, a rousing welcome as he begins his time in the facility (video)