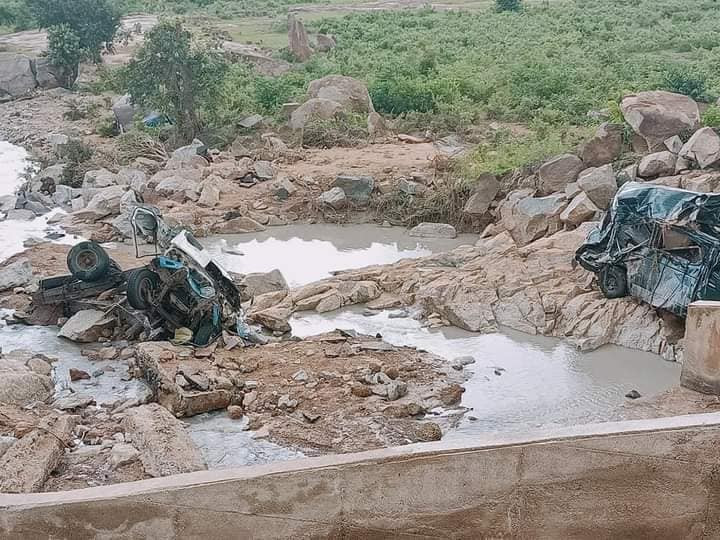 21 persons, including 11 disqualified military recruitment applicants, have died in a road accident in Gwaram Local Government Area of Jigawa State.

It was gathered that the accident occurred on Sunday, August 15 after a bridge collapsed in Rabadi village along Gwaram-Basirka road.

The chairperson, Jigawa Civil Society Forum, Musbahu Basirka, who confirmed the incident told Premium Times that the victims were travelling from Kano to Adamawa State when the incident happened.

The Divisional Police Officer (DPO), SP Yusuf Wakili, also confirmed that the victims were coming from Kano, where they went for recruitment screening into the Nigerian Army.

He said from documents found on the victims, eight of them were from Adamawa, while one came from Taraba and others Borno states

“It involved one Hummer bus…

Jide Kosoko, Fred Amata, Yemi Solade lead protest against Raddison Blu over alleged refusal to pay for use of their intellectual properties in their...