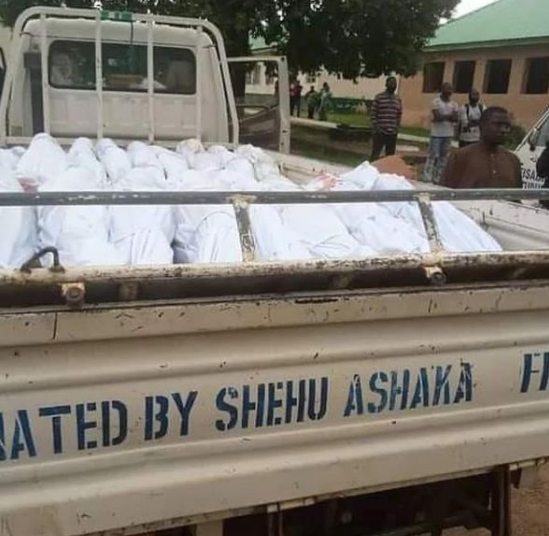 No fewer than 22 travellers were killed by yet-to-be-identified persons along the Gada-Biyu – Rukuba road area of Jos, the Plateau state capital on Saturday, August 14.

About 50 of the travellers were moving in a convoy of 5 hummer buses when they were attacked. 22 of them were killed while others sustained serious injuries. The assailants reportedly dragged the victims out of their vehicles which were trapped in a gridlock and then killed many of them using machetes, daggers, knives, stones and other dangerous weapons.

According to reports, the victims are said to be Fulani mostly born and brought up in Ondo and Ekiti states who were returning home after attending the annual Zikr (prayer session) organized by Sheikh Dahiru Usman Bauchi to mark the commencement of Muharram, the new Islamic New Year.

Confirming the attack, the spokesperson of the state police command, ASP Ubah Gabriel, in a statement released, said;

“22 Islamic faithful were intercepted and…