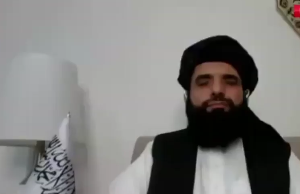 Suhail Shaheen disclosed this during an interview with Sky News.

He said “thousands” of schools continue to operate, following the Taliban takeover but women will be expected to wear the hijab and not the burka.

“These are not our rules, these are Islamic rules,” Mr. Shaheen said.

He added: “It is for their security”

This comes after the terror group announced a “general amnesty” in Afghanistan.

Mr. Shaheen told Sky News those who had worked with the previous Afghan government: “Their properties will be saved and their honour and their lives are safe.”

Pressed on who would be leading the group in Afghanistan, he said a consultation would be carried out, with a result expected in two to three days.