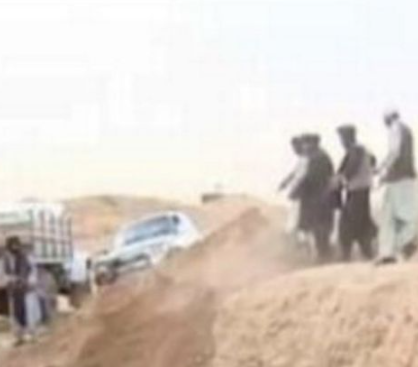 The Taliban have been carrying out more brutal murders and dumping their victims in mass graves, it has been claimed.

Taliban insurgents took over the capital Kabul on Sunday, August 15.

As thousands try to flee the country, the militants promised to grant government workers amnesty and pledged there will be “no revenge on anyone”.

However, reports of atrocities have already emerged in the southern province of Kandahar.

Its members are said to be targeting anyone they consider as “traitors” – those associated with the Afghan government, soldiers, NATO, NGOs, and journalists.

David Otto, counter-terrorism and organised crime expert at Global Risk International, told the Daily Star: “This is a known Taliban terror tactic to generate fear and little resistance from state forces, especially for an insurgency group that intends to control strategic…

Comedian Phil Butler, who made history when he preformed for troops in Aghanistan, dies at 51