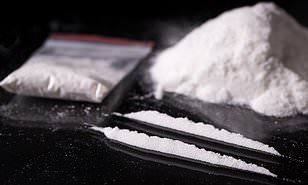 A group of 19 soldiers from one squadron have tested positive for cocaine and cannabis in the UNited Kingdom’s army’s biggest ever drugs bust.

The soldiers from 1st Battalion of the Yorkshire Regiment had been taking the drugs at the barracks and at their home, army sources have revealed. TheSoldiers in the Catterick Garrison in North Yorkshire had complained they were bored and had nothing to do.

The majority of those caught were soldiers of Private rank but at least one was a Lance Corporal.

An army source reportedly told The Sun: ‘This is off the scale, it has sent shockwaves through the Army. Nineteen in one round of testing is a large number and raises very serious questions.

‘Before lockdown, the regiment were being tested every few weeks but this latest round was the first for quite a long time.

‘These are individual cases as well, it wasn’t one wild night out. Jaws were on the floor with shock.’

The army confirmed the report in a statement: