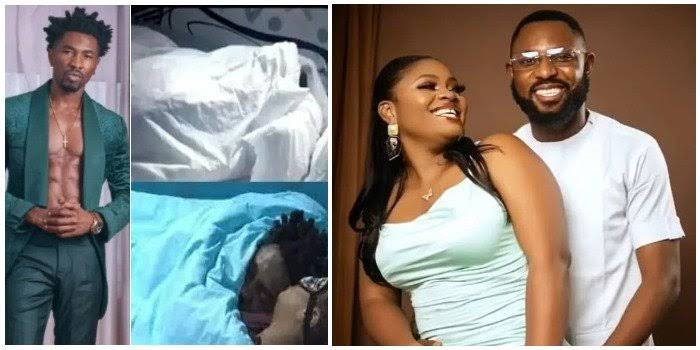 Big Brother Naija ‘Shine Ya Eye’ star, Tega’s husband has poured out his heart following the backlash that his wife has been receiving since she left the reality TV show.

Speaking after his wife was evicted, Ajeboh Krislawrence said his wife of four years, Tega had told him she was going to do “everything” in the BBNaija house but he objected and told her to behave like a married woman and represent married women which she agreed to.

He said he was shocked and broken to see his wife spending time with another man (Boma) in the house. He also said they haven’t spoken since she was evicted from the show yesterday as she hasn’t called him yet.

He said he feels “broken, terrible, sad, and like his ego has be tampered with.” He said can’t leave his house because of what people have been saying about…