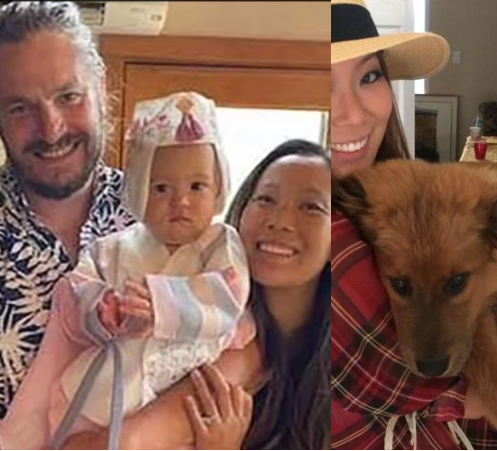 A British Snapchat engineer who was found dead with his wife, baby and dog on a remote California hiking trail may have ‘been struck by lightning’.

Their deaths are now being investigated over a possible lightning strike being the cause.

Jonathan Gerrish, 45, his wife, Ellen Chung, their one-year-old daughter, Muji and the family’s dog, Oski, were found dead in the Sierra National Forest, California, on August 17.

Following the autopsy results, investigators have confirmed the family were not killed by gases from a nearby mine, or with any kind of weapons.

Another theory is that the family died after coming in contact with toxic algae after water samples taken from the nearby river tested positive. Following the positive tests, authorities closed 28 miles of waterway between the towns of Briceburg and Bagby.

Investigators are still awaiting the results from the family’s toxicology reports in order to rule out the theory.

However, according to a New…