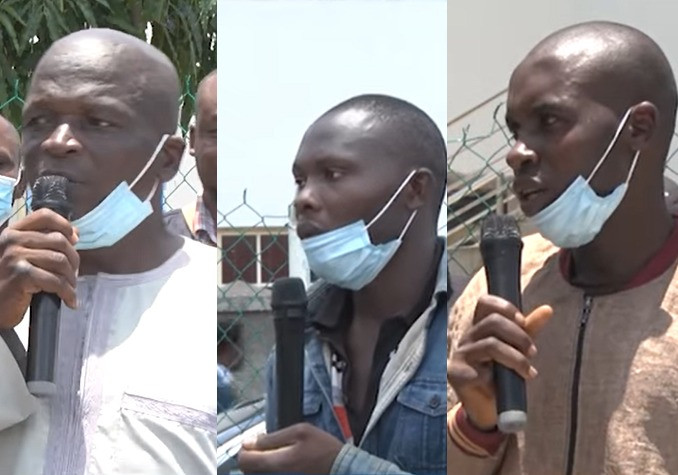 Members of the notorious kidnapping syndicate who abducted and killed the 93-year-old father of former Plateau state governor, Joshua Dariye, have been paraded by the police.

Pa Dariye Dafwan was abducted from his home in Horop community, Bokkos LGA of Plateau State on June 17. He was shot dead eight days after the suspected kidnappers collected the N10 million ransom from the family.

The suspects, eight in number, were paraded before newsmen at the force headquarters in Abuja on Wednesday, September 8.

The breakthrough that led to the arrest of the suspects began with the arrest of one Abubakar Mohammed a.k.a Buba ‘m’ 23yrs, native of Gada Biyu in Daffo district, Bokkos LGA, Plateau State who is one of the principal suspects in the kidnap operation.

Abubakar’s confession which revealed how they abducted and murdered the nonagenarian assisted the Police team in apprehending seven (7) other members of the gang – Ya’u Saidu aka Ya’u Kaban m’ 40yrs, from Kaban…