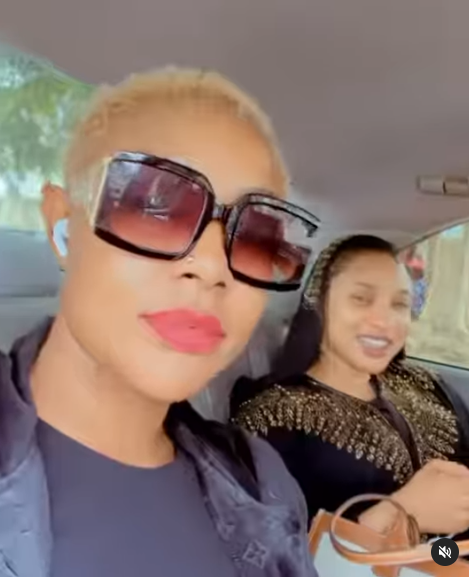 Actress Angela Okorie and her colleague Tonto Dikeh have been spotted in a viral video singing Ric Hassani’s ‘Thunder fire you’, a song meant for cheaters which went viral on social media months ago.

The video was shared by Angela Okorie, weeks after Tonto Dikeh and Prince Kpokpogri’s relationship ended following reports of him allegedly cheating on her.

Angela shared the video with the caption;

Angela me I just love you !!!
I see u LIGIT queen I see u … all the time ! #womanSupportingWomen you are a rare one